Medicare and Hospice Coverage For Those With Dementia

Currently, more than 5 million Americans have Alzheimer’s disease or some form of dementia.  The current Medicare policies with regard to end-of-life issues are not working for many Americans, especially for families who have loved ones in hospice with some form of dementia.  The issue hits hard when the movie star Bruce Willis communicated to the world that he has aphasia.  Aphasia can result from a stroke, a traumatic brain injury, an infection or tumor in the brain, or a degenerative disease such as dementia.

The number of Americans facing aphasia and other forms of dementia is increasing.  According to the National Aphasia Association, there are two million Americans affected with aphasia and around 180,000 are diagnosed each year.  Patients with advanced dementia are at increased risk for other health problems including bedsores (pressure sores), elopements, falls causing fractures, malnutrition, impaction, blood sugar fluctuations, dehydration, and wrongful death.

For many Americans, the idea of moving a loved one into hospice care and the financial burden that comes with managing that care cannot take be taken lightly.   The current policymakers with CMS and Congress should understand that the current Medicare coverage policy needs to be reformed.

In order for demented patients to receive Hospice care, they must have a life expectancy of fewer than six months.  In a recent study by the Journal of the American Geriatric Society, nearly 3900 hospice patients were pulled from hospice when their condition of dementia apparently stabilized.  In many cases, patients go back to their nursing home or assisted living facility or even to their home or that of a family member, until it’s deemed that the patient needs to return to hospice care with only months to live.

The cycle families deal with when a loved one is considered terminally ill can be financially and emotionally traumatic.  As the current Medicare statutes are written, coverage for the terminally is continued only if the condition is worsening.  With dementia, the effects of the disease can wax and wane, depending on a variety of issues.

By 2060, there will be nearly 14 million Americans over 65 years of age with some form of dementia, according to the study. 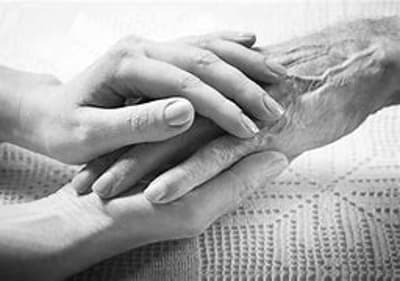 That’s going to put a significant strain on our long-term care facilities explains nursing home malpractice attorney Jeffrey Downey.  These facilities have already taken a hit with Covid-19 and staffing issues, explains Downey, whose mother is currently in an assisted living facility.

What can be done to lighten the burden on families of those ones in hospice with dementia?  The Centers for Medicare and Medicaid Services has been introducing new payment structures, pilot programs and quality metrics to address the vulnerability in the hospice admission criteria—but not specifically for dementia.

As background, Congress created hospice benefit in 1982 to provide dying patients with medical, social, and psychological support.  In its effort to keep costs down, it capped the definition of terminal illness at six months to live to balance money spent on hospice care with other programs.

According to a Washington Post article discussing hospice care, over 75 percent of those patients previously in hospice had cancer, and in most cases, the patients had less than six months to live.

That’s not the case anymore.  Nearly 30 years later, the numbers of those covered by Medicare who are in a hospice show that over half have some form of dementia, according to a study from the March issue of the Journal of Palliative Medicine.  In many of those cases, patients with dementia live way past the six-month-to-live window.  It is difficult to project the disease trajectory of dementia patients, and doctors routinely recertify hospice patients who are alive as terminally ill, thus allowing Medicare to reimburse for the extended time.

Any proposal by Medicare to reduce reimbursement to hospice organizations will be opposed by many in the industry who realize the benefits of this program.  Medicare needs to be more flexible in interpreting hospice criteria to allow more demented residents to benefit from the program, even when they are not strictly terminal within 6 months.

In the author’s opinion, Medicare should come up with new rules to provide palliative care for people with dementia, even if they have a life expectancy above 6 months.  This could allow families to obtain services that would allow their loved ones to remain in the home, as opposed to going to more expensive long-term care facilities that have their own set of problems.

If you have questions about Hospice care, call our office for more information.  If you have a loved one who has been neglected or injured in a nursing home or assisted living facility, contact the Law Office of Jeffrey J. Downey, P.C. for a free consultation.

We handle cases in Virginia, Maryland, and Washington DC.  No attorney’s fees are charged unless there is a recovery.  If you can’t come to us, we will come to you.